The Lion King and VR

Walt Disney Co.'s photo-realistic version of “The Lion King” is expected to continue to dominate the multiplex this weekend after already collecting about $729 million in global receipts. But the technologically innovative film’s impact could go well beyond the box office.

“The Lion King’s” unusual production techniques, including its use of video game technology and virtual reality headsets, could also change the way movies are made, according to the people involved in creating the big-budget blockbuster.

Though the movie, directed by Jon Favreau, is entirely animated with computer graphics, the filmmakers shot the film in a 3D virtual environment using largely traditional production methods and equipment such as dollies, Steadicams, handheld cameras and cranes. The methods were used to give the remake a true-to-life, nature documentary-like feel.

The success of the film, a faithful remake of the 1994 animated hit, could also provide a welcome boost to the virtual reality business. While VR has long been hyped in Hollywood and Silicon Valley as the future of entertainment, the format has struggled to break through with consumers because of the costly and clunky equipment required and the lack of quality content. Investment in once all-the-rage VR and AR startups has dwindled in recent years, reflecting the lack of demand.

But for Hollywood directors and digital effects experts, VR holds more promise as an advanced production tool. The ability to film scenes and scout locations in virtual reality could have benefits for multiple productions, said “Lion King” visual effects supervisor Adam Valdez, who works for the Technicolor-owned effects company MPC Film. The new technological advancements promise to cut down on production costs, save time and better plan the shooting of film scenes and television episodes, and not just for all-CGI undertakings like “The Lion King.”

“We really see a future where any production creating any key virtual content would benefit from this approach, where we build a bridge between the production world and the virtual world,” said Valdez, who is based in London. “VR is quite famously trying to find its place in consumer society, but ... we’ve clearly found it has all these strengths in the filmmaking trade.” 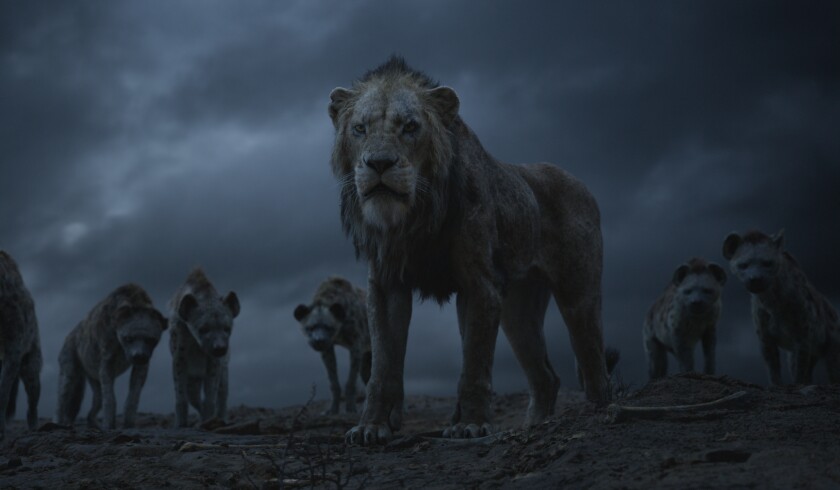 While the critical response to “The Lion King” was mixed, the effort has clearly paid off for Disney. The movie opened with $191.8 million in the U.S. and Canada last weekend, making it the biggest debut yet for Disney’s mostly successful strategy of remaking its classic animated movies for modern moviegoers. “The Lion King,” which features the voices of Donald Glover and Beyoncé Knowles-Carter, topped the $174.8 million launch of “Beauty and the Beast” from 2017. Guy Ritchie’s reimagining of “Aladdin” this week crossed the $1-billion milestone at the global box office.

For “The Lion King,” Favreau and his team, including Oscar-winning visual effects supervisor Rob Legato, wanted to go beyond the techniques employed in their successful 2016 version of “The Jungle Book,” which similarly tried to realistically replicate the natural world. After that film’s release, the filmmakers began exploring ways they could use virtual reality and so-called game engines, the software tools developers use to design popular games such as “Fortnite.”

At a meeting at Favreau’s office at the Disney lot in Burbank in October 2016, Valdez gave a video demonstration of how a virtual production might work. Favreau, who’d experimented with VR headsets at the tail end of producing “The Jungle Book,” was eager to try something new for “The Lion King.” The group teamed with downtown Los Angeles-based visual effects tech company Magnopus to develop a technique of filming in VR that would emulate a multiplayer video game.

The crew set up shop in an unmarked facility in Playa Vista, complete with a roughly 20-foot dolly track, where they started shooting digitally in mid-2017. Using HTC Vive headsets, the director could drop into the 3D digital world of the African landscape they created on the computer — much like popping inside a video game — to change the position of a tree, move the sun to alter the lighting or experiment with a new camera angle.

“The VR hardware was the breakthrough here because it allowed us to jump into the set together,” Favreau said. “It allows people with a live-action film background to collaborate on a virtual production. ... It allows me and [cinematographer] Caleb Deschanel to stand on Pride Rock.”

The process for making “The Lion King” was a first for Hollywood. Like other computer-animated films, the studio started with a relatively crudely animated version of the movie, known as a pre-vizualization. Then the camera crew, wearing VR goggles, filmed the action much in the way they would shoot in the real world. The editors could then select from multiple shots to construct each scene. Later, MPC and Favreau brought the characters to life with detailed hair, skin and facial movements.

Legato, the lead VFX supervisor on “The Lion King,” said the process of using the real-life camera movements injected new, unexpected energy into certain scenes. For example, Legato was initially skeptical about a scene in which a young Simba practices his roar on an insect. But the team was able to experiment with different camera angles that would make the moment more intimate.

For a chase scene inside a tunnel, the filmmakers grappled with how to make it look like they were actually filming inside a one-foot diameter space. They miniaturized themselves “Honey, I Shrunk the Kids"-style in the virtual reality set and filmed with handheld cameras to get the shaky-cam look of the action sequence.

“The whole virtual filmmaking thing is infusing something that could be rather inert with this life we’ve been used to seeing in 100 years of filmmaking,” Legato said. “It really does allow art to enter these scenes.”

The ambitious project presented unique challenges. Engineers had to design software so that the computer would remember where the filmmakers had moved an object, something the video game technology wasn’t originally designed to do.

But now that the concept has proven successful, virtual reality and video game technology has potential to help on live-action sets, the filmmakers said. 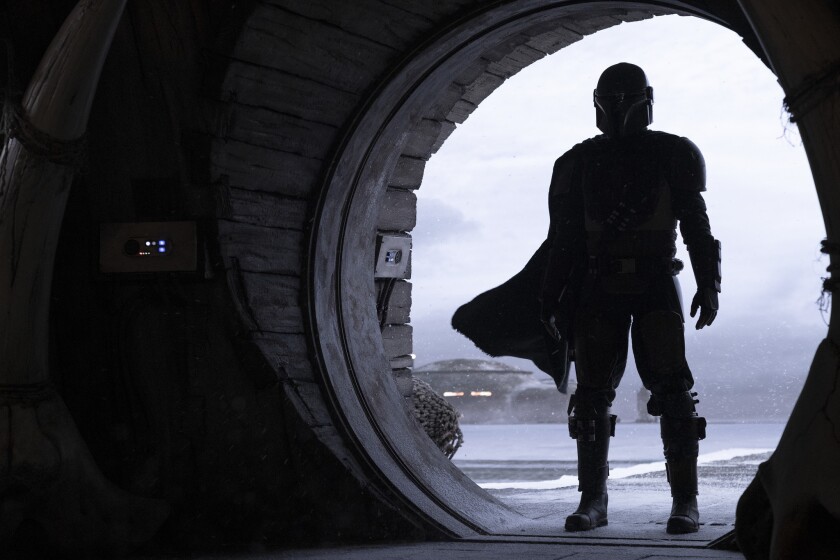 Favreau is already using a game engine developed by “Fortnite” creator Epic Games to create the digital backgrounds for Disney’s upcoming “Star Wars” television series “The Mandalorian,” a much-anticipated project he’s making for Disney+, the company’s key subscription service set to launch in November. The use of Epic’s technology allows the company to render the visual effects faster than would normally be possible for a live-action series.

“The underlying technology is very flexible and robust and can be applied to a variety of challenges,” Favreau said. “It allows me to scale my involvement with the project.”

Legato also has high hopes for virtual reality in film and TV production. The technology could allow cinematographers to more easily plan how they want to shoot a certain scene. It could also allow designers to preview film sets before they’re built.

“You could actually walk around and see if that’s your best shot or if that’s what your best set looks like,” Legato said. “It could become part of the production process where every production house has a VR setup.”